Skip to content
Home/Arts & Letters, Practice/When Is The Right Time To Nominate a Supreme Court Justice After One Has Passed Away – A Flowchart by the RNC

Don’t Feed The Animals, A Series of Satirical Musings by Josh Lorenzo 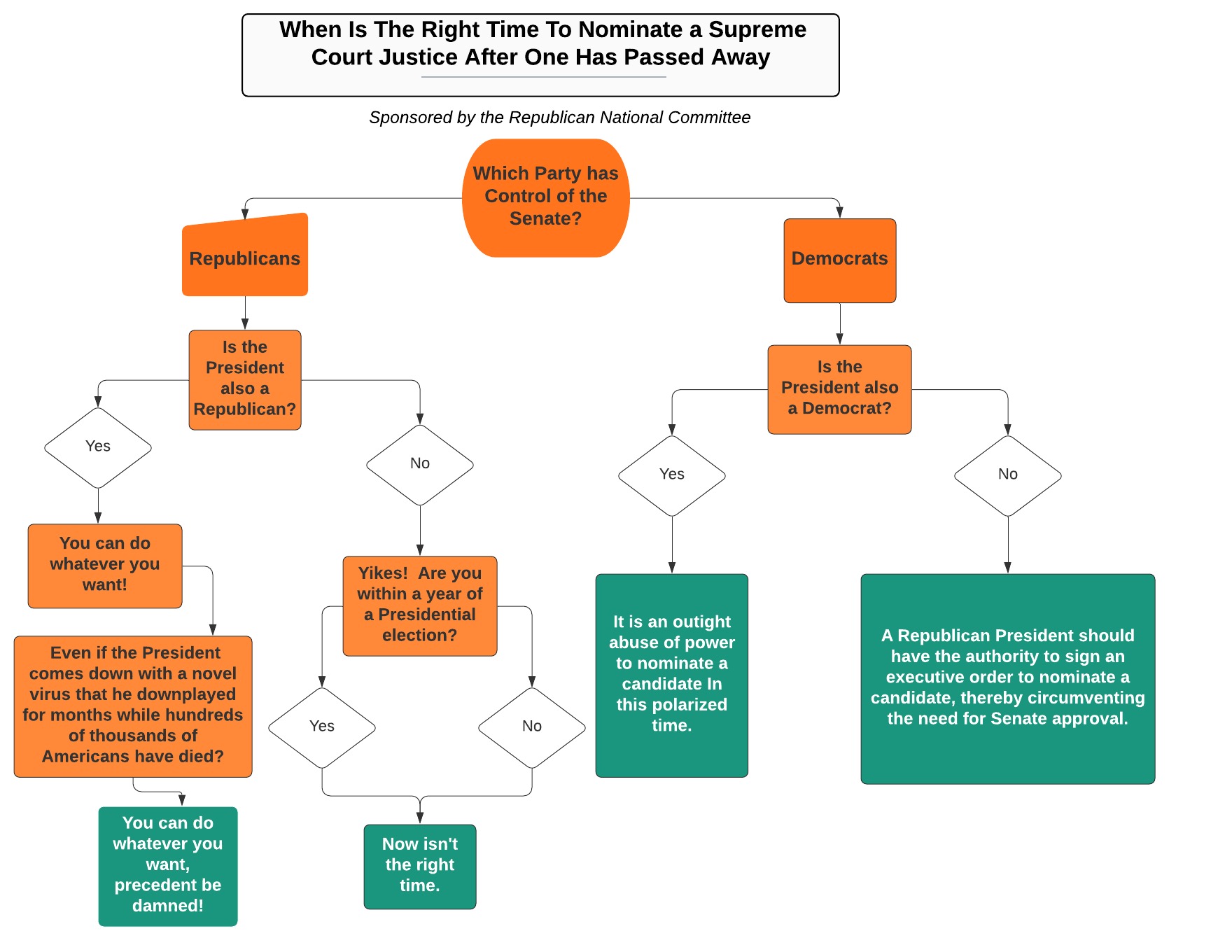 Josh Lorenzo is a part-time humor writer, featured in various places, such as McSweeney’s and the Washington Post. He writes a regular satirical column, Don’t Feed the Animals at Political Animal Magazine. He also has a blog at www.theauthorofsarcasm.com He lives is in suburban Maryland with his wife and two children.